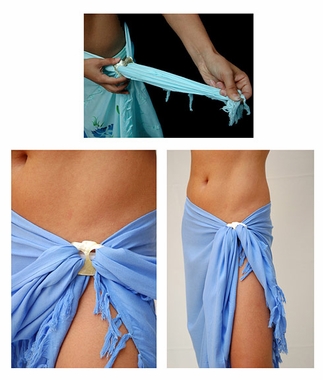 With so many ways they can be worn, sometimes you may find yourself stuck wondering how to tie a sarong. Here are some of the most popular ways to tie and wear your sarong.

Skirt – You can wear it as a skirt by wrapping or tying a sarong around your body.

Halter – The easiest way to tie a sarong worn as a halter dress is to place the sarong around your body, cross the two ends over your chest, and then fasten the ends of the sarong behind your neck by tying them or using a sarong tie.